Inspired by GOTO80’s wonderful “Computer Rooms” book, I searched through my photo library for photos of my own computer rooms. 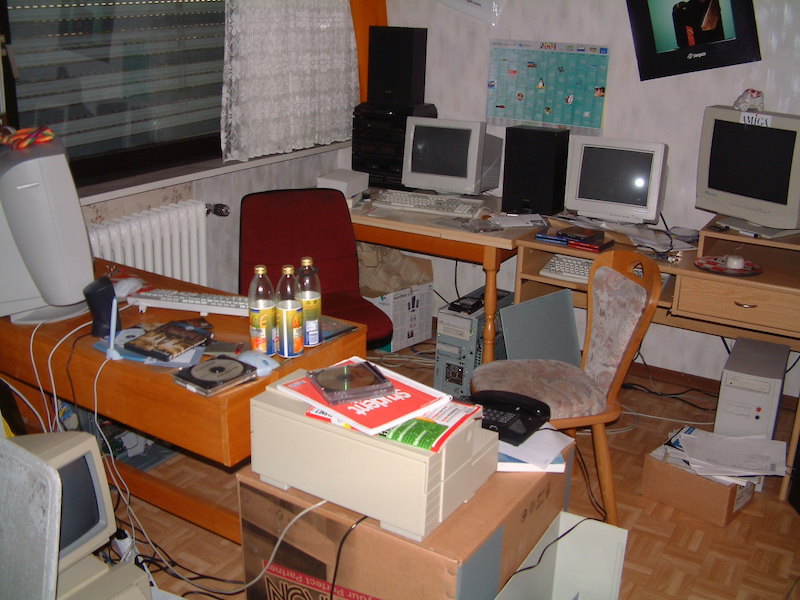 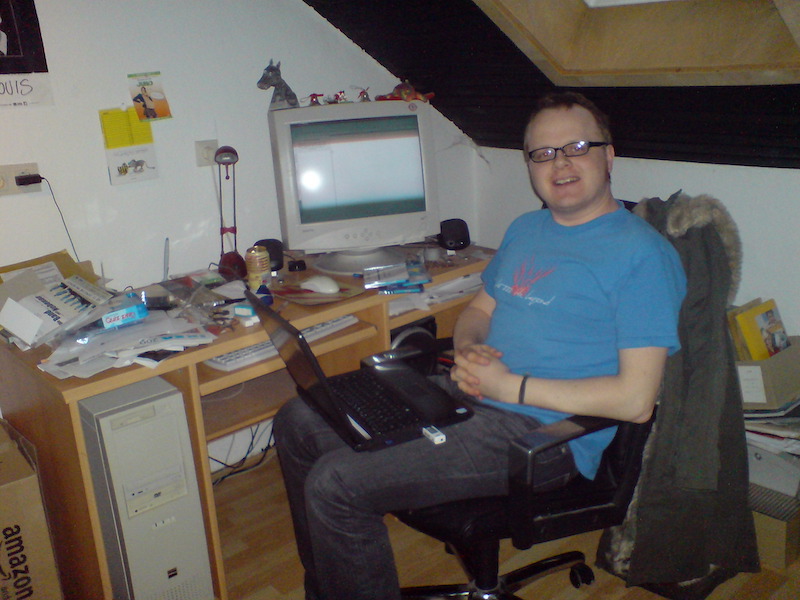 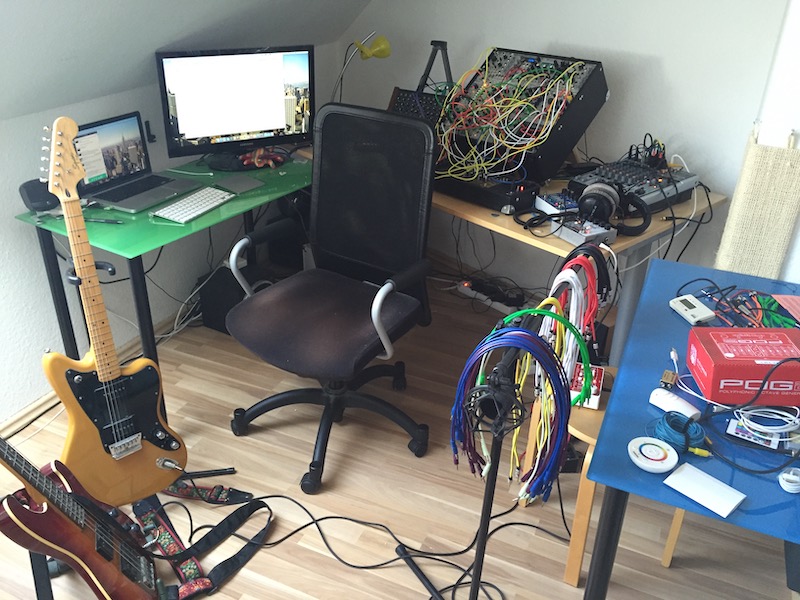 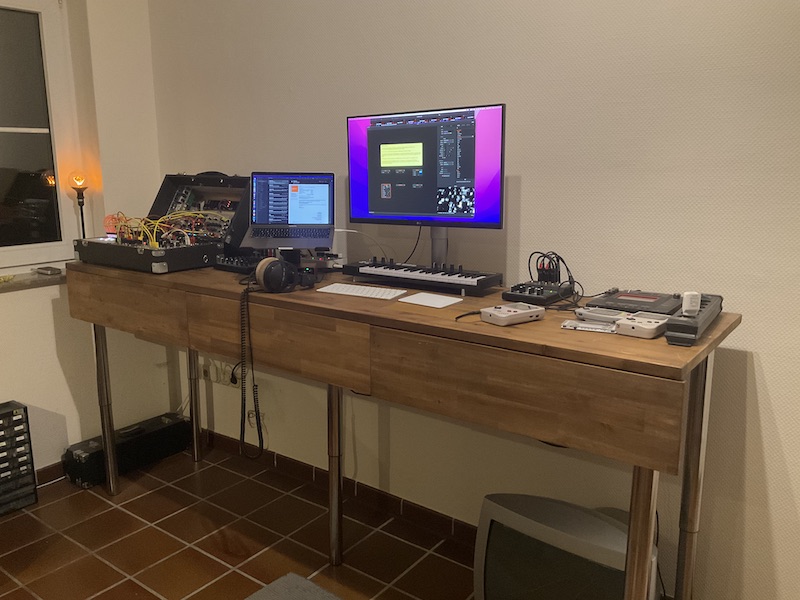 MacBook Pro 2018, still a modular synth, MIDI keyboard, and a space for various music stuff (here occupied by some Game Boys and a Kaoss Pad). CRT TV under the table for analogue video shenanigans.

Obviously these are not all my computer rooms, but they are the ones that I found photos of. Also, from around 2016 up until last year I only used a MacBook Pro around the house and didn’t have a desk.