I listened to a compilation of early 2000s IDM last weekend, and it inspired me to make this track and video.

The music is only four tracks in Logic: drums, two of Arturia’s Prophet V (noisy bass and lead), and one Jun6 V for an additional melody line. 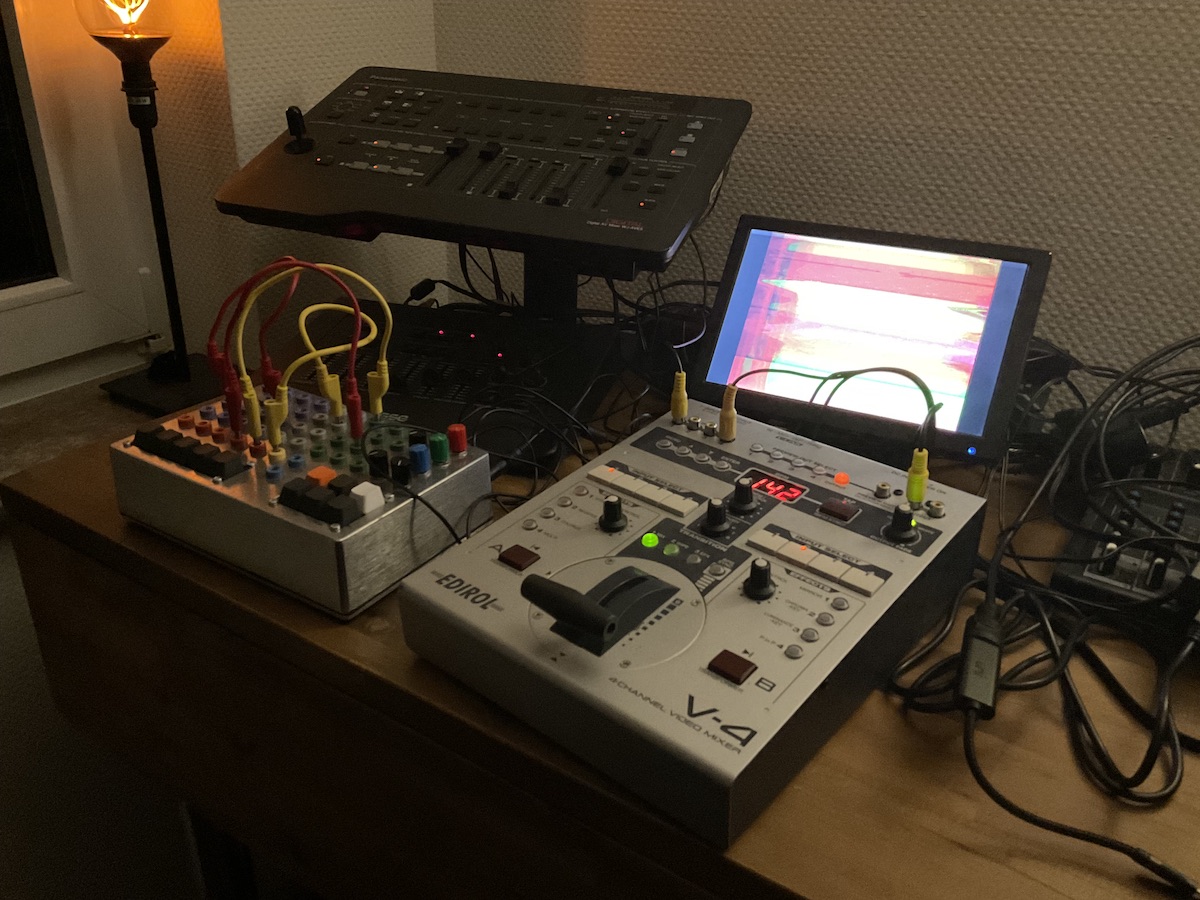 All of this is connected in a feedback loop and processed through the GBS 8100 glitch/feedback synth (front left, with the patch cables). Mostly the video consists of pure glitched feedback, but for the quieter parts I used some of Micah Buzan’s “surreal orbs” animations.

The output (from the WJ-AVE5) is then recorded onto my computer via an S-Video to HDMI converter and an HDMI capture device and edited in Final Cut.